Candidates: The deadline for candidate applications is Monday, March 28, 2016. Each candidate must submit a one-page campaign statement, which will run in the Legacy Ledger on April 8th.

Time and location: The election for two board members will be held on Friday, April 15th at Legacy from 7am to 7pm. and Creekside Community Church from 8am to 3pm. Voting ballots will not be accepted after 7pm on April 15, 2016

Voter eligibility: Eligible voters shall include parents or guardians of all children currently attending Legacy Academy (no more than two votes per household); teachers currently employed at the school, and paid employees of Legacy. Each person may vote only once.

Voting procedures: Voting from 7am to 7pm at Legacy will commence as follows:

• Voter will follow instructions on ballot, vote as he/she determines, and place the ballot into the collection box.

• If a person is unable to vote at the school on April 16th, absentee ballots will be available at the Legacy office April 11– April 14. These ballots must be returned to the school office no later than 7 pm on April 15th to be counted.

Pre-voting and proxy voting will not be permitted.

Counting of votes: At 7pm, all eligible votes will be counted. The two candidates with the most votes will be determined. The candidate with the most votes will fill the longest term. In the case of a tie, a run-off election will be held at a later date to be determined and will comply with the election procedures listed above.
If the election scheduled on April 15th has to be cancelled for any reason, it will be held on the following Friday.

The results of the election should be known the night of April 15, 2016 (unless there is a need for a run-off or a cancellation). A report will be made available to the candidates and current board members after the counting of the votes is concluded. An announcement to the entire school population concerning the results of the election will be made on the following morning.

Spring break is just around the corner and school will be out before you know it.  We feel privileged and honored that you have chosen Legacy Academy for your children!

Come join us for this year’s Mother / Son Social – Legacy’s Amazing Race!!  It will be an exciting time as Mother and Son explore seven different continents, seven contests and seven selfie stations … to finally race across the finish line!  There will be amazing prizes and Appetizer style of food.   We look forward to seeing you there! An event sign up sheet has been attached below. The cost is $15 per family. Please make checks payable to Legacy Academy PTCO.

It is time to order yearbooks for the 2015-16 School Year. The soft cover cost is $30 and the hard cover cost is $40. Please order by Thursday, March 17th 2016. Orders may be dropped off at Legacy or you may order online with a credit card. Visit dr_photo.com. The school photo password is LGA16YB.

Spring photos are this Friday, February 26th.  Dress in your own style and bring your own small prop, something that shows your personality. A selection of props will also be provided by DR Photo. In 2-3 weeks a proof will be sent home with the images of your student on all the available backgrounds along with ordering instructions.

The carnival meeting that was scheduled for tonight, February 22nd has been cancelled. If you would like to volunteer to help with this event, please sign up HERE. If you have any questions, please email kathy.smith@legacyk8.org.

Families, it’s Carnival time!!! Early Bird tickets and wristbands are now available for purchase. Get yours today, prices will go up at the door. Visit our website to buy tickets.

The time for our annual fundraiser is coming up quickly. We are very excited to let everyone know that this year we are going to hold a Community Carnival here at Legacy. It is going to be held Friday, April 22 from 3:00 to 8:00pm. We could use all the help we can get. What a fun way to get your volunteer hours in!  We could use some donations as well as volunteers the day of the event (you are able to sign up for multiple items).  Check out the sign up sheet below to see where you can help. If you have any questions feel free to contact Kathy at Kathy.Smith@legacyk8.org.

Have you purchased your Avs tickets yet?  There’s still time.  The Elizabeth Community Day at the Colorado Avalanche is March 5 at 1 p.m.  Tickets are only $24.00!  Order tickets now online at http://www.avstix.com/elizabeth2016.  Some lucky fans will be chosen to sit on the Avalanche bench before the game.

We wanted to take a moment to say Thank You! to all those families that have participated and supported our Nerf Night Fundraisers. We also wanted to let you know what we have been able to do with the money we have raised so far. We have fully funded our Character Education Program ($1500), we have also been able to provide funds towards the new sound system for the school ($2500), and have been able to purchase new, longer lasting equipment for future Nerf Night events.

The sound system was also made possible by generous grants from The Elizabeth Education Foundation, IREA, Legacy PTCO, and donations from individual Legacy Parents. We are grateful for the support of each of these organizations and our Legacy families!

Thank you again for all who have supported our school!

Legacy Academy Board of Directors 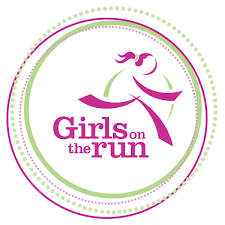 Coming this spring to Legacy Academy

Calling all 3rd– 5th grade girls. Come be a part of the fun!

Join us at Girls on the Run!

So… What is Girls on the Run?

Stretch yourself – physically, mentally, socially and emotionally.  Girls will be inspired to a lifetime of self-respect and a healthy lifestyle through an innovative program that combines training for a 3.1 mile run/walk race with a fun, health education lesson plan.  This program promotes individual achievement and self –confidence.  Girls gain self-esteem and learn healthy lifestyle habits while training for a 5K run/walk race.

Girls on the Run is a nonprofit organization dedicated to helping girls stay out of the “Girl Box” – a place where girls are valued more for their outward appearance than their character inside.  We are working to reduce at-risk behaviors such as substance abuse, eating disorders, teen pregnancy, and poor nutrition.

We use the term “running” loosely – girls can run, hop, skip, speed walk or dance towards their goals.  The lessons promote self-challenge instead of competition; self-worth instead of societal worth; and cooperation instead of rivalry.

Girls on the Run 5K is on May 21st at Cherry Creek Reservoir.

Go to www.girlsontherunrockies.org for more information